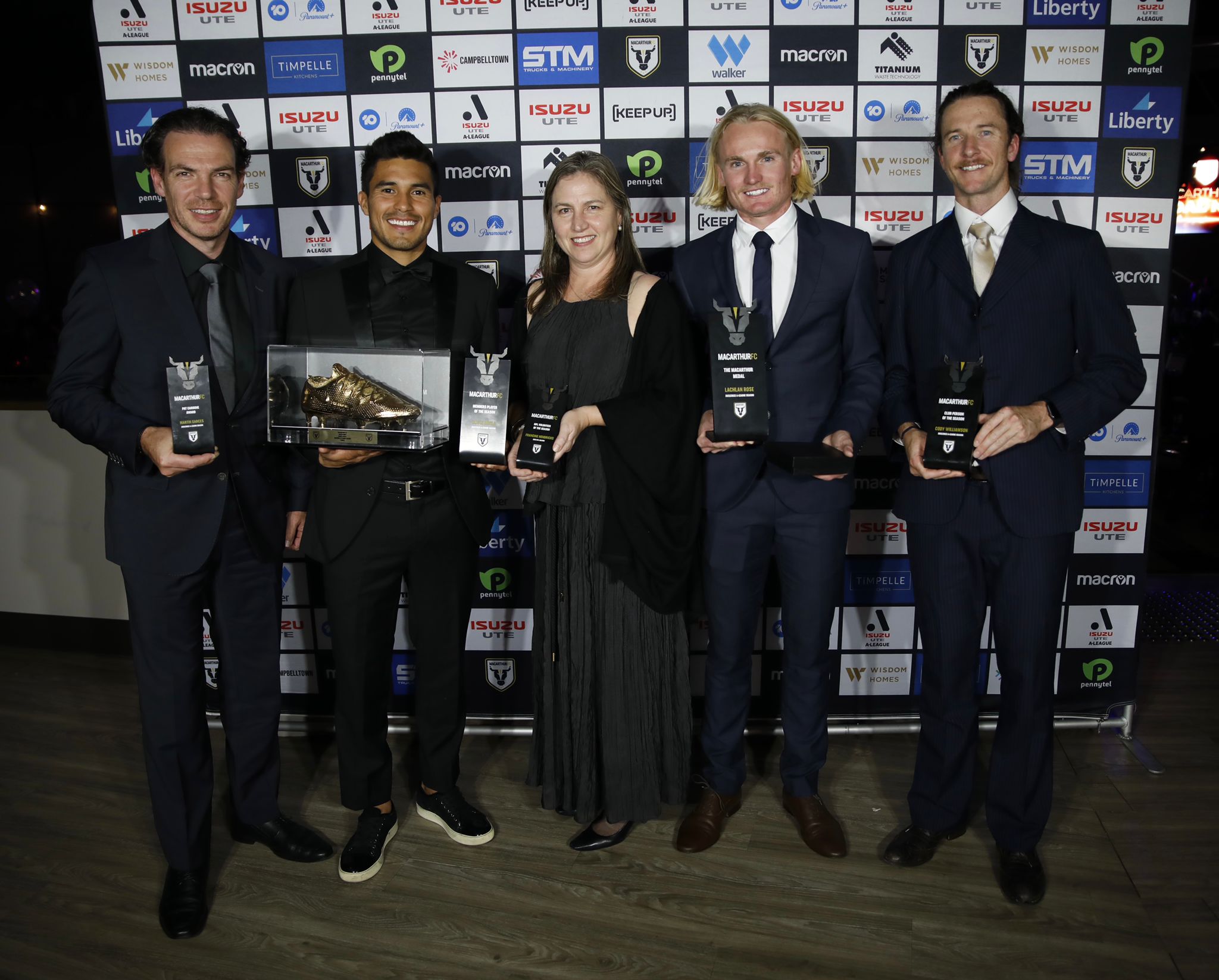 Lachie Rose has been crowned the 2022 Macarthur Medal Winner at Macarthur FC’S Medal night hosted at the William Inglis Hotel.

The Bulls fan favourite is an excellent ambassador to the game. His performance, along with his community engagement and actions both on and off the field are the reason why he was crowned this seasons Macarthur Medallist.

Captain of the Bulls scored 7 out of the 36 goals across the season and was the most voted player by Members each week.

This year, Macarthur FC was honoured to announce the Pat Carbone award which recognises the Macarthur FC Volunteer of the Season.

Martin Garces, the Pat Carbone Award Winner is a person who is extremely positive and energetic part of the team. In fact, he was the man himself who ran faster than Usain bolt around the field to ensure not a minute was wasted from a broken referee’s flag.

Like all sporting clubs, volunteers play a vital role in helping to achieve success on and off the pitch. From game day operations to administration and community activations, the group of volunteers at Northbridge Bulls and Macarthur FC have been a huge support to the respective club on many levels.

The NPL Volunteer of the Season was awarded to Francine Hendricks. She is someone who has shown excellent commitment to our Northbridge Bulls Teams. She work tirelessly behind the scenes managing the first grade and organising the under 20’s, to ensure the teams focus is on football.