Unfortunately you cannot view this website on the current version of your browser. Please either update your browser or use an alternative browser.

The Bulls are excited to announce Socceroo striker Tomi Juric has put pen to paper for the 2021/22 A-League season.

Capped 41 times for the Socceroo’s, Juric’s signature sees him reunite with Head Coach Ante Milicic at the Bulls, following campaigns in the 2015 AFC Asian Cup and the 2018 FIFA World Cup with the National team.

With the recent announcements of Ulises Davila, Daniel De Silva, and Craig Noone, the signing of Juric is one that will be sure to excite Bulls fans, with the club possessing potentially of one of the most dangerous and formidable attacking formations in the league. 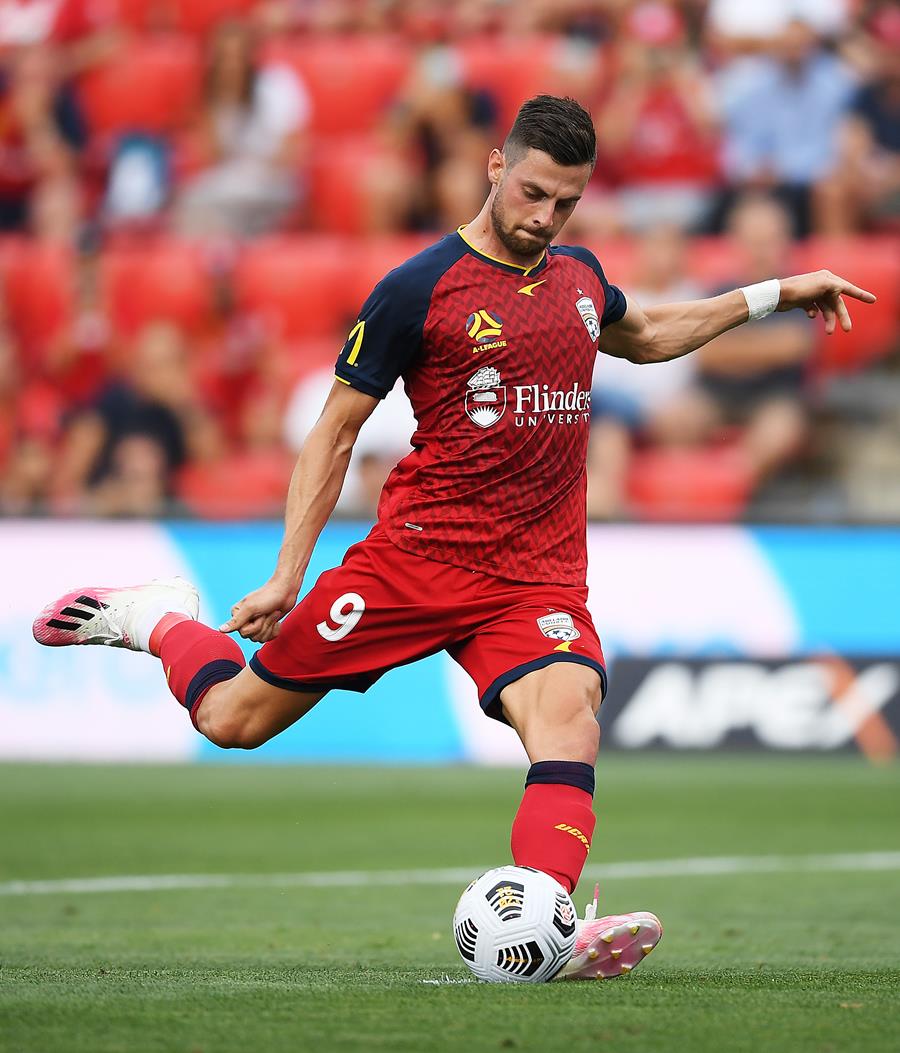 Juric said on joining the Bulls:

“I’m excited to be joining the Bulls, a new club with a great vision and ambition for the future.

“Having grown up in the region I’m familiar with the area and the passion they have for football. To work with Ante again is something I’m relishing. I know what to expect from him and what he demands on and off the pitch.” Juric said.

“I’m happy to be joining the players that I am already familiar with from my time with the National team and look forward to meeting the players I haven’t played with yet. Ultimately for me now, I’m focused on working hard during the pre-season, preparing well to give myself the platform to perform in a season that will demand our best as a club in every game to be successful this season.” Juric added.

“Having worked with Tomi previously at both club and national level with the Socceroos at the 2015 Asian Cup and 2018 World Cup, I know the type of professional he is and the standards he holds on and off the pitch.”

“He provides us with a great attacking option to lead the line, while passing on his knowledge and experience to some of our younger members in the squad.”

“It’s a bonus for us that Tomi is already familiar with a few of the boys from the Socceroos, like Federici, Tommy Oar and with Millsy now in a coaching role.” Milicic said.